Free California Lemon Law Case Review - Call Now 1-888-395-3666
For the protection of our staff and clients, we are working remotely at this time but are still here to help you with your needs. It is not necessary to meet face to face. All discussions regarding your vehicle can be handled over telephone and the necessary documents can be sent via email. Please fill out a contact form or leave a message and we will get back to you shortly. Thank you and stay safe.

General Motors (GM) has determined that certain 2018-2020 Buick Regal vehicles may have a software defect that could affect the power brake assist system. Because of this error, these vehicles fail to meet the Federal Motor Vehicle Safety Standards (FMVSS) for “Braking Systems”.

In April 2022, a brake performance issue on a 2019 Opel Insignia, a sister vehicle of the Buick Regal, was brought to the attention of GM’s Speak Up For Safety (SUFS) program. An investigation was opened and the problem was found to be a software issue. According to the defect report, a software error could cause the hydraulic brake boost to fail and not respond to a loss of brake vacuum pressure. Tests conducted on a Buick Regal by GM, showed that stopping distance following the loss of vacuum brake pressure could exceed FMVSS 135 requirements by 1-5 percent.

Field data has identified four claims received by GM in which the vehicle’s invalid vacuum pressure diagnostic trouble code (DTC) was set and the hydraulic brake boost was disabled. None of these claims involved an allegation that the condition contributed to a crash, and GM is not aware of any crashes or injuries relating to this condition. In June, GM’s Safety Field Action Decision Authority (SFADA) decided to conduct a non-compliance recall.

NOTE: During a partial or full loss of vacuum brake assist, the vehicle may display a message in the Driver Information Center, a malfunction warning light may illuminate and the driver may notice increased brake pedal resistance.

Owners receiving notices will be asked to return to their dealers to have the EBCM software updated in their vehicles. The NHTSA campaign number for this recall is 22V-465.

General Motors (GM) will be providing owners of certain 2016-2017 Chevrolet, Cadillac and GMC trucks additional warranty coverage because of a problem that could affect the fuel injectors in their engines. The trucks receiving additional warranty are equipped with 5.3L or 6.2L engines.

** GM will notify customers if this special warranty coverage is on their vehicle.**

The special coverage will extend the warranty of the above vehicles, for a period of 10 years or 150,000 miles (240,000km), whichever occurs first, from the date the vehicle was originally purchased, regardless of ownership. This special coverage only applies to vehicles in these states: California, Connecticut, Delaware, Maine, Maryland, Massachusetts, New Jersey, New York, Oregon, Pennsylvania, Rhode Island, Vermont, and Washington.

According to documents released by GM, “Under certain circumstances, one or more of the vehicle’s fuel injectors may deliver an improper amount of fuel to the engine. If this happens, the Malfunction Indicator Lamp (the Check Engine Light) will illuminate to warn the driver there is a problem. The engine will begin to run rough and will eventually stall. Diagnostic trouble codes, including P0300-P0308 or DTC P050D, will be set.

Other symptoms of a bad or dirty fuel injector include: The vehicle is hard to start and idles rough; Poor performance and increased fuel consumption; and an engine knock or detonation that could lead to complete engine failure. 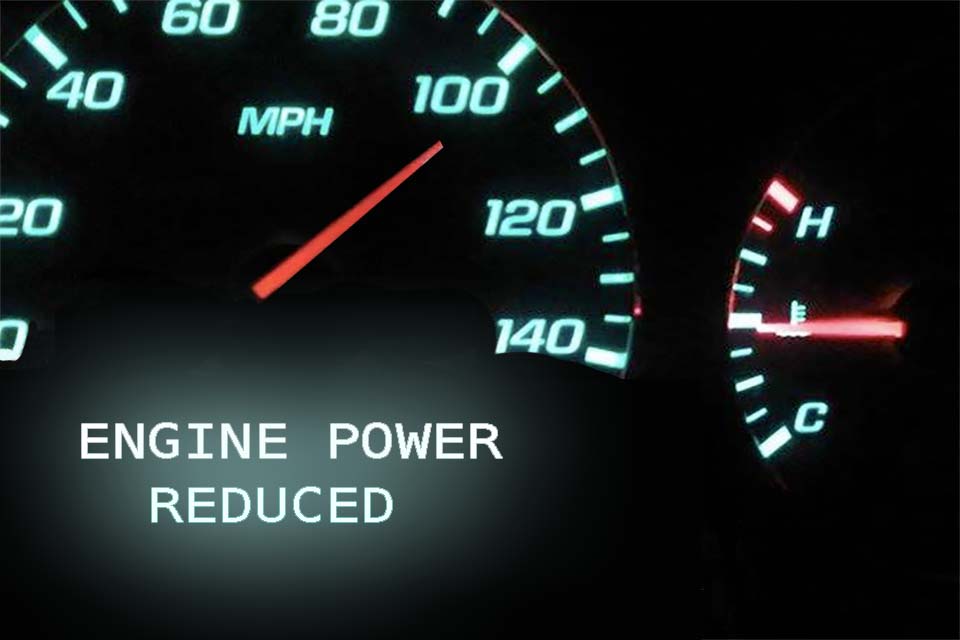 The automobiles listed above do not have a mechanical connection for the accelerator pedal, instead, there is an electronic throttle control responsible for engine acceleration. The system includes an accelerator pedal position sensor, which tells the power train how much acceleration the driver requests.

According to the Special Coverage Adjustment report N182188250 Loss of Continuity within Accelerator Pedal Position Sensor Circuit, the above vehicles may have a condition that affects the electrical connection to one of the vehicle’s position sensors in the accelerator pedal. If the electrical connection is interrupted, the accelerator pedal will still function, but the vehicle will enter a reduced engine power mode in which the maximum acceleration and torque are reduced.

When this problem occurs the driver will notice a reduction in engine power, the malfunction indicator lamp and the check engine lights illuminate and a diagnostic trouble code P2138 will be set. The problem could result in an unexpected and instant loss of power, which puts everyone on the road in danger.

General Motors will be offering special coverage for the condition described above for a period of 10 years or 150,000 miles (240,000 km), whichever occurs first, from the date the vehicle was originally placed in service, regardless of ownership. 2016-2018 model year Chevrolet Malibu, 2017-2018 model year Buick LaCrosse and 2018 model year Buick Regal vehicles.

A manufacturing defect affecting airbags will have a small number of 2008-2017 Buick Enclave and 2013-2017 Chevrolet Traverse owners returning to their dealerships for repairs.

According to the defect report, GM will be recalling certain 2008–2017 Buick Enclave and 2013-2017 Chevrolet Traverse vehicles for front driver airbag inflators which may have been installed either as original equipment or as part of a replacement driver airbag module during service. These airbags could contain a manufacturing defect that may result in an inflator rupture during deployment. If the inflator ruptures it could cause metal fragments to pass through the airbag and into the vehicle, potentially causing injury or death to vehicle occupants.

Dealers will inspect and replace the driver’s air bag module as necessary. GM’s number for this recall is N212349040 and the NHTSA campaign number is 21V-782.

General Motors will be contacting the owners of certain 2021 Chevrolet Traverse and 2021 Buick Enclave SUVs, about a problem that could result in the front air bag not deploying properly. Owner notification letters are expected to be mailed out beginning of August 2021.

According to the defect report, during a weekly service programming system (SPS) audit, it was discovered that a small number of 2021 Chevy and Buick models may have been manufactured with the incorrect sensing diagnostic module (SDM) data calibration. The data files were corrected in the SPS system and the problem was reported to GM’s safety program. Their investigation found a small number of 2021 Chevrolet Traverse and 2021 Buick Enclave vehicles may have received the same incorrect data and decided to conduct a safety recall.

General Motors will be contacting the owners of affected vehicles with instructions to update the calibration software in the SDM. GM’s number for this recall is N212340220 and the NHTSA campaign number is 21V-472

General Motors Co. (NYSE: GM) announced it sold 688,236 vehicles in the U.S. in the second quarter of 2021 – an increase of 40 percent compared to a year ago – in a unique market bolstered by strong customer demand, but constrained by low inventories resulting from the global semiconductor shortage.

“The U.S. economy is accelerating, consumer spending is robust and jobs are plentiful,” said Elaine Buckberg, GM chief economist. “Consumer demand for vehicles is also strong, but constrained by very tight inventories. We expect continued high demand in the second half of this year and into 2022.”

“The agility and creativity of our supply chain, purchasing, engineering and manufacturing teams, in collaboration with our suppliers and dealers, have helped us continue to satisfy customers and gain market share in some of the highest demand segments of the market,” said Kurt McNeil, U.S. vice president, Sales Operations.

GM is well positioned in 2021 to lead the industry in full-size and mid-size pickup sales for the seventh consecutive year. During the quarter, GM earned 40.6 percent of the retail market for full-size pickups, up 4.5 percentage points year over year (J.D. Power PIN), with more than 237,000 Chevrolet Silverados and GMC Sierras sold in the quarter.

GM announced that production of HD pickups will increase by about 1,000 trucks per month beginning in mid-July as a result of production line efficiencies delivered by the team at Flint Assembly in Michigan.
Also, GM will return full-size pickup production to Oshawa Assembly in Canada at the end of 2021.
Shipments of Chevrolet Colorado and GMC Canyon mid-size pickups built at Wentzville Assembly in Missouri increase by about 30,000 total units from mid-May through early July as the team completes dynamic vehicle testing on units held at the plant due to semiconductor supply disruptions.

In April 2021, a Problem Resolution and Tracking System (PRTS) issue was opened following validation testing for a future model year vehicles, where it was noted some conditions in which loss of communication with the sensing diagnostic module (SDM) did not illuminate the airbag malfunction indicator lamp. GM opened an investigation in May 2021. A review of field data showed 19 warranty claims possibly linked to this condition.

According to the defect report, a software problem exists in some of these vehicles which would cause a SDM communications fault to illuminate the airbag malfunction indicator lamp, but only on alternating ignition cycles. As a result, an SDM communications fault would not consistently illuminate the airbag light on every ignition cycle to indicate a problem to the driver.

A driver might not be warned of an SDM loss of communication fault which might indicate a problem with airbag deployment. If airbags do not deploy appropriately in a crash, there is an increased risk of injury.

Description of the Cause : The Communications Gateway Module, also referred to as the serial data gateway module, software does not correctly store data indicating loss of communication with the SDM.

GM dealers will correct the problem by updating the software for the communications gateway module. Owner notification letters are expected to be mailed in July 2021. GM’s number for this recall is N212338110 and the NHTSA campaign number is 21V-421.

According to the defect report, in October 2020, a third-party vehicle repair business contacted GM requesting repair assistance on a 2018 Buick Enclave. After removing the headliner to attempt to repair a sunroof water leak, the repair shop identified two fasteners that were not installed and one missing weld nut attaching the roof-rail airbag (RRAB) to the vehicle. Further investigation found that certain stampings associated with the connection of the roof rail airbag to the vehicles had damaged, out of position or missing weld nuts. Although the problem was identified during vehicle assembly, the repairs may have been missed or preformed incorrectly.

GM will notify owners, and dealers will inspect and, if necessary, realign or replace the weld nuts GM’s number for this recall is N202321200 and the NHTSA campaign number is 21V246.