Free California Lemon Law Case Review - Call Now 1-888-395-3666
For the protection of our staff and clients, we are working remotely at this time but are still here to help you with your needs. It is not necessary to meet face to face. All discussions regarding your vehicle can be handled over telephone and the necessary documents can be sent via email. Please fill out a contact form or leave a message and we will get back to you shortly. Thank you and stay safe.

Welcome to the official website of the Law Offices of Barry L. Edzant. Firmly devoted to client service and professionalism, our main objective is helping injured individuals and consumers needing representation against insurance companies and auto manufacturers. Located in Santa Clarita and serving clients throughout Los Angeles County, our practice emphasis is in both personal injury law and the California lemon law. Our lead attorney, Barry L. Edzant, has nearly three decades of experience to serve you.

Since 1989, Mr. Edzant has earned a reputation as the Santa Clarita lemon law and personal injury lawyer clients can trust. His firsthand knowledge of faulty vehicle repairs helps him better understand the struggle to protect buyers' rights, giving him the experience to negotiate where possible and the tenacity to litigate when necessary. With his firm on your side, you can feel confident that your rights will be protected and that all available resources will be exhausted in making sure you receive fair compensation for your losses. 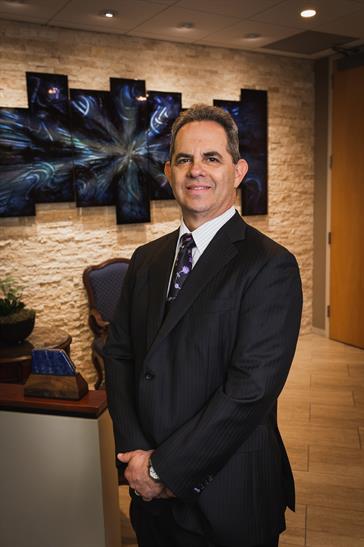 In the summer of 1996, Mr. Edzant’s personal injury practice would branch off into an unexpected direction. During a family vacation, the brakes on the family's 1996 Dodge Caravan caught fire, prompting a long and frustrating campaign of unsuccessful attempts to repair the brakes. Not knowing much about the California Lemon Law, Mr. Edzant retained a highly respected attorney who specialized in this niche area of law. The case was successful, and the two attorneys would become friends. Over the next several years, Mr. Edzant was trained by his own lawyer how to properly handle lemon law cases and other consumer related claims. Mr. Edzant would soon become an expert in this area of law. He has been retained as an expert witness in lemon law cases and has presented multiple lectures to lawyers on the lemon law at legal conventions.

Mr. Edzant has earned the respect of all the major auto manufacturers, local auto dealerships, and Lemon Law defense attorneys for his competence and cooperative style of practice. A testament to his reputation, Mr. Edzant's clients include a long list of prominent lawyers, including lemon law defense lawyers, mediators, arbitrators, and Superior Court Judges. His goal in every case is to avoid costly and protracted litigation. However, he will not shy away from aggressively litigating cases when it becomes necessary.

Personal Injury cases remain an integral part of Mr. Edzant’s practice having received tens of millions of dollars for injured victims. He firmly believes that injured victims deserve fair compensation for their injuries. Every year, insurance companies become more difficult in plaintiffs’ attempts to fairly resolve cases and will stop at nothing to minimize a victim’s legal rights. Nevertheless, victims’ rights are extremely important to Mr. Edzant and his team, and he will utilize all available resources to ensure a victim is treated fairly.

Mr. Edzant currently resides in the Santa Clarita Valley with his wife of 38 years and their golden retriever, Brinkley.  Their daughter, Jenna, is also an attorney making her the third generation of Edzant lawyers! Their son, Kevin, is studying law at Loyola Law School to round out their family of lawyers. When not fighting for consumers and injured victims, Mr. Edzant is an avid woodworker who designs and builds custom furniture, with one original piece being featured in a nationally published woodworking magazine. He is also known for making delicious, authentic barbecue and has hosted several BBQ socials for hundreds of business professionals. 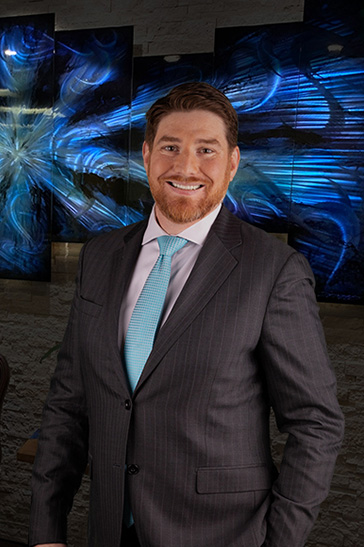 After nearly 15 years as a defense attorney, Samuel R.W. Price joins the Law Office of Barry L. Edzant as a partner, where he now represents plaintiffs in personal injury, lemon law, and employment cases, and corporate clients in business litigation matters. Prior to joining the firm, Mr. Price’s practice focused on complex business disputes and defending employment, construction-defect, personal injury, and product liability matters. It is this extensive and varied background that gives Mr. Price and his plaintiff clients a unique advantage of understanding and anticipating the defense’s perspective.

Mr. Price has been repeatedly recognized by Super Lawyers® Magazine as a Rising Star, an honor received by less than 2.5% of attorneys in the state.

With his transition to representing plaintiffs, Mr. Price has recently traded-in his peer-nominated membership in the prestigious, invitation-only organization International Association of Defense Counsel and his membership in the Association of Business Trial Lawyers, to join the Consumer Attorneys Association of Los Angeles and the Consumer Attorneys of California. He is also a member of the San Fernando Valley Bar Association, where he served as a Trustee for many years, and the Santa Clarita Valley Bar Association, where he was on the Executive Board for nearly a decade, including two years as President.

Prior to practicing law, Mr. Price obtained considerable experience in the construction industry while providing project management and skilled trade services for a general contractor. He also spent several years as the marketing coordinator for an award-winning multimedia production company and was a freelance audio/visual technician for many nationally- and internationally-televised sports broadcasts.

Mr. Price spent much of his formative time living in Boston, where he attended Boston College and Boston College Law School. (Go Eagles!) He is an avid sports fan, and especially passionate about Boston teams (the real Title Town), particularly the Red Sox and Patriots.

Mr. Price currently resides in the Santa Clarita Valley with his new bride, Jenna, and their senior “Pibble” mix, Elsa (and he will always point out that she was adopted with that name—they did not choose to name her after a Disney princess).

Do not look anywhere else, they had my nightmare of vehicle bought back in no time! They also assisted my mother with her lemon.

Barry and his office took care of our Lemon Law case with Subaru. They handled it professionally and responded to our calls and requests with great patience and promptly. I'll use their office again if I need to, and I cannot recommend them enough.

I purchased a used vehicle for my son and after the sale, learned that the vehicle was under a serious recall and shouldn't be driven. The dealership refused to take it back. I contacted several lemon law and dealership fraud attorneys, only to be turned away. The case was difficult and was told they couldn't help. I then contacted Barry Edzant in Valencia who took my case. Within two or three months, Barry had gotten me all of my money back on the car, plus some, and it was out of my life. Barry was professional, competent, and efficient. I'm happy to recommend him to my clients as well as my colleagues.

Barry is a true professional. When it comes to personal injury and lemon law cases, he is a master. He has a ton of experience in his field. If you are looking for someone who advocate for you and get what is fair he is definitely your guy.

Barry and his staff did a fantastic job with my case. I highly recommend Barry to handle your case, I would not hesitate to use his firm again if needed. Barry and his staff are true professionals that take the time to walk you through all aspects of the case from start to finish.

I would recommend Barry and his team to all my friends and family. Him and his team did an amazing job and he is truly a professional at what he does. He takes his time to listen to you and to answer any questions you may have. He gets back to you within a reasonable time when contacting him.

I called a few Lawyers about my Lemon. Barry was the only lawyer to actually take my call personally and spend the time with me to make sure I understood everything. I am so grateful for him and for Clare. They worked so hard and fast to get me everything I wanted! They were never impatient with me (and I called a lot!). Thank you both so much!

Called him in need ... he went above and beyond in listening to me and providing me with clear information... I'm grateful I called him and will most definitely use him services with my case and will refer others I know to him. I wish all lawyers were as helpful as him.

There is nobody better than Barry for a lemon law case. Our van kept on stalling, and the dealer couldn't figure out what was wrong with it. I turned to Barry to see if there was anything that could be done, and he got us a fantastic result. He was open and honest about everything that we could expect, he always returned phone calls and emails, and he made the whole process very easy for us. I would happily recommend Barry to anyone who thinks they might have a lemon.

End Your Frustration, all of the attorney fees are paid for by the manufacturer.

We will evaluate your case for free, tell you how much you may be entitled to get back.